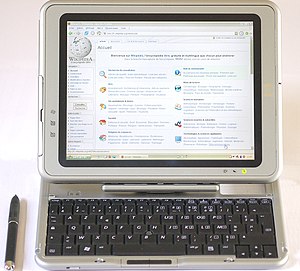 The success of chip maker Transmeta's stock market debut has been dented by a partner scrapping a plan to make laptops using its processors.

Monday saw the initial public offering of shares in Transmeta on the Nasdaq exchange. Brisk trading on Tuesday saw the shares double in value.

The shine was taken off the successful debut by Compaq's announcment that it would not now be making laptops that used the Crusoe power-saving chip.

The news comes on the heels of a similar announcement by IBM, which is also shelving plans to produce portable computers using Transmeta chips.

Chip maker Transmeta is developing a series of energy-thrifty processors, called Crusoe, that promise to extend the time laptop computers can last between recharges.

This week Transmeta raised more cash for development by making 13 million shares available for trading on the Nasdaq market. The shares opened at $21 but climbed quickly, peaking at over $45.

But on the first day of trading Transmeta's former partner Compaq announced it was shelving plans to produce laptops that use the Crusoe processors.

Barely a week ago, IBM made a similar announcement, saying it too had scrapped plans to produce a Crusoe-based laptop even though the computer giant manufactures the chips for Transmeta.

Earlier this year IBM even showed off a prototype Thinkpad laptop that used the Crusoe chip. IBM gave no reasons for its decision saying it never fully committed to produce laptops with the chip and was always plannng to base any production decision on feedback from customers.

Although IBM and Compaq have cancelled plans to make Crusoe laptops other companies, including Sony, NEC, Hitachi and Fujitsu, are continuing to work on developing their Transmeta products.

This week Transmeta announced an alliance with wearable computer maker Via to develop clothes incorporating the Crusoe chip.