Burial will be in Dement Cemetery. The family will receive friends Wednesday night from 6 until 9 at the funeral home.

She was born July 12, 1911, in Lauderdale County to George S. Perry and Eula Frances White Perry.

She was a member of Round Island Baptist Church and of the Eastern Star.

She retired from Florida All Bound Box Co. in Auburndale, Fla. She was the widow of M.E. 'Jack' Boyd.

Survivors include two daughters, Shirley Boyd Faber of Decatur, and Nancy Boyd Lyle of Auburndale; one brother, George S. Perry Jr. of Cullman; and one granddaughter, Lauren B. Faber of Florence.

ATHENS -- Funeral for Oscar Dean Davis Sr., 65, of Huntsville, will be Wednesday at noon at Elkmont Cumberland Presbyterian Church of America with the Rev. Oscar Edmond officiating.

Burial will be in Smithfield Cemetery with Peoples Funeral Home directing. The family will receive friends tonight from 6 to 7 at the funeral home.

He was born June 28, 1936, in Elkmont to Leroy S. Davis Sr. and Mattie B. Jackson Davis. He owned O. Davis Enterprises, a printing company in Huntsville.

Elders and deacons of Elkmont Cumberland Presbyterian Church of America will be pallbearers.

Members of Trinity High School's Class of 1955 will be honorary pallbearers.

TRINITY -- Funeral for Phillip Allen Hickman, 53, of Moulton will be Thursday at 2 p.m. at Parkway Funeral Home Chapel with Kenneth Johnson officiating.

Burial will be in Beulah Cemetery. The family will receive friends Wednesday night from 6 until 8 at the funeral home.

Mr. Hickman retired from the Veterans Administration Hospital. He was a veteran of the U.S. Navy, employed by L.G. Electronics, and a member of Fairfield Church of Christ. 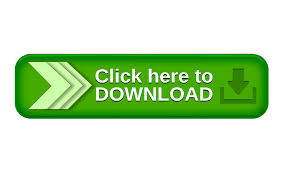 CULLMAN -- Funeral for Patricia Anne Munger, 69, of Cullman will be Thursday at 10 a.m. at Sacred Heart Church with the Rev. John O'Donnell officiating and Williams-McCracken Funeral Home directing.

She was born March 23, 1932, in Berlin Heights, Ohio, to James O. Meredith and Genevieve Reising Meredith.

Mrs. Munger was a homemaker and the widow of William James Munger. She was the sister of the late Janice Hicks.

Memorials may be made to Hospice of Cullman County, the American Cancer Society or Sacred Heart Church.

PIEDMONT -- Funeral for Jim Sanford, 57, of Decatur will be Wednesday at 11 a.m. at Thompson Funeral Home with the Rev. Dempsey Rowland officiating.

Burial will follow in Highland Cemetery. The family will receive friends tonight from 6 until 8 at the funeral home.

He lived in Decatur since 1983. He was a U.S. Army veteran, a retired truck driver for Wal-Mart, and a member of Wall Highway Baptist Church in Madison. He was the widower of Teresa Sanford and son of the late Elbert and Vertice Sanford.

HARTSELLE -- Funeral for Judi Sitton, 45, of Somerville will be Wednesday at 1 p.m. at Peck Funeral Home Chapel with the Rev. Robert Slack officiating.

The family will receive friends Tuesday night from 6 until 9 at the funeral home.

Survivors include her husband, Kenneth E. Sitton of Somerville; one son, Van Sitton of Huntsville; three daughters, Shellah Geyer of Hartselle, Kelly Sitton of Huntsville, and Jeana Roberts of Tanner; two sisters, Barbara Louk and Donna Will, both of Baltimore; and 10 grandchildren.

Graveside service for Pearl McCaghren Waldrop, 96, of Decatur will be Thursday at 10 a.m. at Enon Cemetery with the Rev. Dr. Mark Tolbert officiating and Ridout's Brown-Service Funeral Home directing.

The family will receive friends Wednesday from 6 until 8 p.m. at the funeral home.

She was born April 9, 1905, in Lawrence County to Robert Franklin McCaghren and Sara Jane George-McCaghren.

She retired in 1972 from the Decatur City School System, for which she taught fourth grade at Austinville Elementary School for 25 years. She taught for 43 years in her career.

She was a member of Central Baptist Church since 1946.

MOJAVE, Calif. -- Funeral for Joyce Marie Watt, 52, of Mojave and formerly of Somerville will be Friday at 11 a.m. at Our Lady of Lourdes Church in California City, Calif., with the Rev. John Gracey officiating and Stickel Mortuary directing.

Another service will be at a later date at Maple Leaf Cemetery in Huntsville.

HARTSELLE -- Graveside service for Annie Virginia Archer, 96, of Falkville and formerly of Falls Church, Va., will be Thursday at 2 p.m. at Rock Creek Cemetery in Washington, D.C.

She was a retired bookkeeper and the widow of John R. Archer.

Graveside service for Trannie Compton Gobble, 87, of Decatur will be Thursday at 2 p.m. at Roselawn Cemetery with Mark Posey officiating.

The family will receive friends Thursday from 1 to 2 at Roselawn Funeral Home.

Mrs. Gobble died at home today, Dec. 26, 2001. She was born July 14, 1914, in Morgan County to Fannie Johnson Compton and Lemuel McCall Compton. She was a homemaker, a member of the Church of Christ and the widow of William McKinley Gobble, founder of Gobble-Fite Lumber Co. Survivors include one sister, Opal Lee Johnson of Decatur.

HARTSELLE -- Funeral for Lena Bernice Hall, 73, of Danville will be Friday at 10 a.m. at Peck Funeral Home with the Rev. Jim Spaldin officiating.

Burial will be in Burningtree Memorial Gardens. The family will receive friends Thursday night from 6 until 8 at the funeral home.

Mrs. Hall died Monday, Dec. 24, 2001, at Huntsville Hospital. She was born April 9, 1928, in Nobles County, Minn., to Louis Ennenga and Mary Ertmood Ennenga. She was a retired dry cleaner's presser and a member of Central Christian Church in Hartselle.

Survivors include her husband, Clayton L. Hall; one son, James C. Hall of Decatur; one daughter, Mary Hall Stevens of Troy; two sisters, Carrie Dirks of Minnesota and Grace Tolzin of California; and one grandson.

HAZEL GREEN -- Funeral for Dwayne Kimbrough, 48, of Ardmore will be Thursday at 11 a.m. at Mable Hill Baptist Church with the Rev. Michael Clark and the Rev. Gil Williams officiating.

Burial will be in New Sharon Cemetery with Gallant Funeral Home's Hazel Green Chapel directing. The family will receive friends tonight from 7 to 9 at the funeral home and the body will be in the church one hour before the service.

Mr. Kimbrough died Monday, Dec. 24, 2001, at Huntsville Hospital. He was born Aug. 14, 1953, in Madison County to Clyde and Rena Mae Whiteley Kimbrough of Hazel Green . He was a graduate of Hazel Green High School, an Army veteran, a warehouse shipper for Dunlop Tire and a member of Mable Hill Baptist Church.

I am on the road with my buddy Tim Hawkins. Even though it’s the eighth time together on air, it still feels new, despite our large body of work, as they say in the biz. We’re having a blast performing together… even when we can’t hear one another. For instance, the other night I could hardly hear a word he was saying, but I caught the words “Eye of Sauron” and KNEW he was making fun of my bald spot.

Oh, the little things that make us laugh!

Tim is moving on up in the comedy world. Working tiny rooms with a handful of people sitting in front of him not paying attention is in his rear view mirror. Now, he’s doing theater work! I’m still performing at a lot of churches these days, but Tim has had the opportunity to make an audience laugh without a giant wooden cross hanging three feet behind him. What a difference that makes when it comes to people loosening up and laughing! 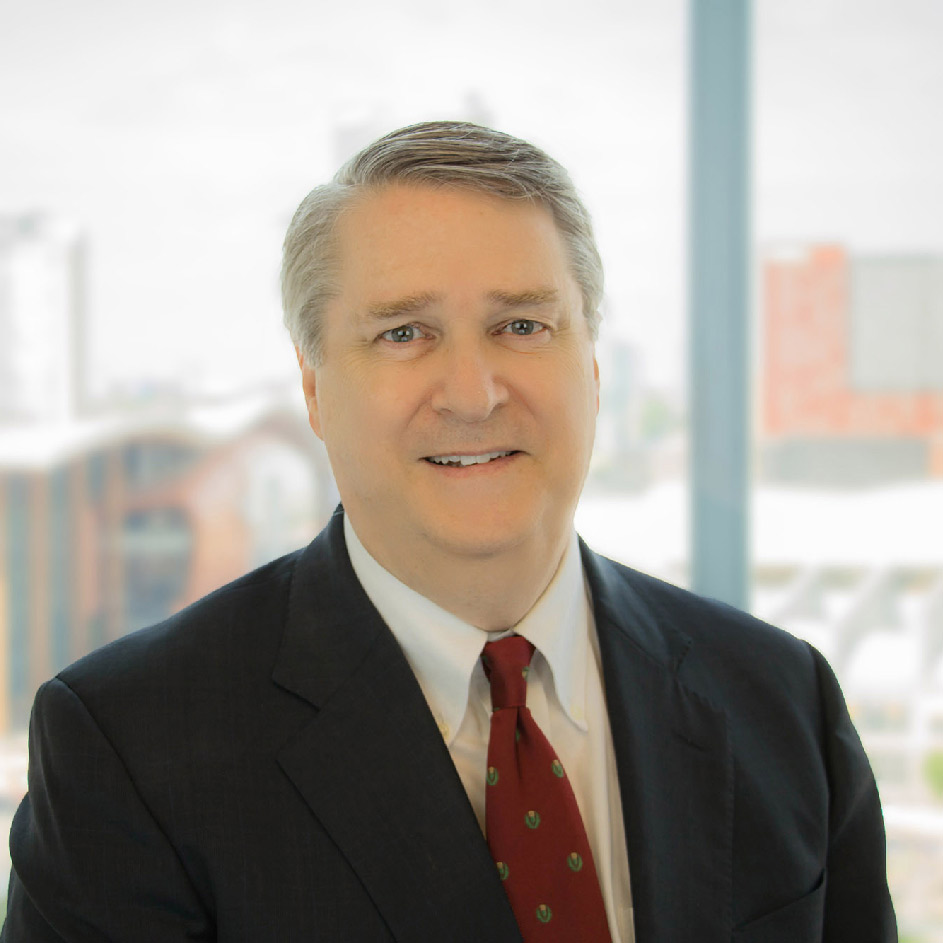 Yet, when we get to perform at churches, we can easily spend fifteen minutes just talking about the unique things in the room… because every church is funny looking in its own cool way, from creepy looking organs to drummers sitting inside aquariums. One nice thing about working theaters, though, are the crew! They do shows like ours all the time and know exactly where to put everything and how to efficiently pull off a comedy show. But they don’t often know who we are. Just the other night, a girl apologized profusely that she didn’t know us from Adam… but made up for it by telling us that she laughed all night long!

I can’t imagine what it’s like for these guys to work an EDM concert one night and then a couple yokels telling jokes the next.

Tim’s act is really cool in that he picks a new partner every week to work with… despite the fact that he has no need at all to have anyone support him. He could easily perform for thousands all by himself, yet he takes the trouble and expense of bringing out guys like me alongside him.

But, according to him, it’s all self-serving. Having someone else there makes the show so much better. It all helps to make Tim, us, the audience… all of us feel so comfortable that it’s like we’re in Tim’s living room – just sitting on the couch listening, laughing, telling jokes, playing music and having fun together.

You can find out when and where Tim is coming to a town near you by checking out TimHawkins.net!

Next, world class comedian, world class ventriloquist, and world class friend David Pendleton joins me for some shenanigans! And this is just the beginning. David and I will be spending most of the month of May together, performing on stages all across Montana!

He’s basically a robot. But, one that’s one-of-a-kind and works perfectly with David. He nods, makes facial expressions, and of course talks without David’s hands anywhere near his backside! He was made by genius Austin Phillips with incredible animatronics technology along with his love for old-school ventriloquism.

The trick for David is to eventually incorporate Sergeant Major Booyah as part of his cast of characters, without turning him into some sort of gimmick.

Until then, MacElroy , Aunt Tilly, Beuford the Dog Vern the Vulture will grace the stage along with David… guaranteed to bring laughs to all before we become Sergeant Major Booyah’s robot slaves!

And finally, funnyman Mike Williams calls into the show this week! Now, Mike complains about his age… he’s only 54, but he claims to be “high mileage”, meaning he has more miles on his treads than other 54-year-olds might. It’s a tough price to pay for fame! Mike performed at 102 different engagements last year, which also translates into a ton of frequent flyer miles!

Mike might be even more successful, if it weren’t for his highly developed skill of putting his foot in his mouth. For example, as Mike once heard,

“Life does not cease to be funny when people die anymore than life ceases to be serious when people laugh.”

Now, most people get the meaning of this quote whenever Mike mentions it. But, Mike has a knack of attracting people to his events who are wound a little bit tighter than a golf ball. And, in those cases, it doesn’t matter how light hearted of intent Mike has, once somebody has their panties in a bunch… it’s over, Johnny!

If only he had the ability to address each individual in his audience and say,

“Hello, my name is Mike Williams. Before I begin tonight’s show, I have a few questions: Have you recently lost a loved one in a school bus or train accident or a Chicken McNugget choking incident? Or would it be better that I run through each of my punchlines now – ahead of time – in order to verify that none of them will burden you with undue emotional strife??

Or, maybe people will just look at their ticket stub and remember that they bought a seat to a comedy show.